Tucked between the mighty Zambezi and the rolling Limpopo River, Zimbabwe is best known for the magnificent spectacle of the Victoria Falls. Known as ‘Mosi-oa-Tunya’ or ‘The Smoke That Thunders’, this scenic natural spectacle has become known as the site of Africa’s “Adrenalin Capital”. Thrilling white water rafting, bungee jumping, helicopter excursions and more are all available on the banks of the Zambezi.

Zimbabwe derives its name from the spectacular stone structures of the Great Zimbabwe ruins, a World Heritage Site with a mysterious origin. The country is home to another four World Heritage sites, including the rugged granite outcrops of the Matobo Hills, the spectacular conservation area of Mana Pools and the magnificent Victoria Falls.

Zimbabwe is an excellent year-round destination. However, there are certain seasons for special interest groups to take note of. For high adventure enthusiasts, white water rafting is most exciting when the Zambezi waters are low, generally from August to December. The best months to visit the famous Vumba Botanical Gardens are December to May when the vegetation is lush and green, and most plants are in flower.

The world’s largest man-made reservoir, the vast waters of Lake Kariba are home to the fierce tiger fish, renowned among avid anglers, while herds of wildlife wander its shores.

Zimbabwe is a terrific holiday destination with activities for the whole family. Victoria Falls and Lake Kariba are ideal for families. as there is something for everyone. Seeing the Falls is a must and the village of Victoria Falls offers a wonderful array of activities, from the milder pleasures of shopping and fine dining to heart-stopping thrills like bungee jumping and white-water rafting.

Places to Visit/ Not to miss:

Nestled in the western tip of Zimbabwe is the Victoria Falls and Zambezi National Parks. The Falls, known by the local Kololo tribe as Mosi oa Tunya- The Smoke that thunders, is one of the “Seven Wonders of the World” and one of the largest and most spectacular waterfalls on earth. The falls are 1,7 kilometres wide and nearly 550 million litres of water cascade 70 to 108 metres into the chasm below -every minute- during the Zambezi River’s peak flow. Victoria Falls is made of five different “falls”. Four of these are in Zimbabwe: The Devil’s Cataract, Main Falls, Rainbow Falls and Horseshoe Falls -and one, The Eastern Cataract, is in the bordering country of Zambia.

Zambezi National Park together with Victoria Falls National Park covers an area of 56,000 hectares. The northern border of the Park is formed by the great Zambezi River which also forms the border between Zimbabwe and Zambia for much of its length. A wide variety of larger mammals may be found within the Zambezi National Park including The Big Five: elephant, lion, buffalo, leopard and white rhinoceros. In addition, herds of sable antelope, eland, zebra, giraffe, kudu, waterbuck and impala, as well as many of the smaller species of game, can be viewed. The Zambezi River is home to a large variety of fish and is famous for its bream and fighting tiger fish.Zambezi National Park has two main game-viewing sections: the Zambezi River Game Drive, with an extensive network of roads along the river accessed through the main gate of the Park, and the 25 kilometre Chamabondo Game Drive in the southern part of the Park, which begins about 5 kilometres outside of Victoria Falls town – just off the main road to Bulawayo.

Hwange National Park is the largest Park in Zimbabwe occupying roughly 14 650 square kilometres. It is in the northwest corner of the country about one hour south of the Mighty Victoria Falls. Hwange boasts a tremendous selection of wildlife with over 100 species of mammals and nearly 400 bird species recorded. The elephants of Hwange are world famous and the Park’s elephant population is one of the largest in the world. The Park has three distinctive Camps and administrative offices at Robins, Sinamatella and the largest one at Main Camp.

Along the Zambezi River is Lake Kariba. The lake was created when a dam was built across the Zambezi in the early sixties to provide hydro-electric power. The building of the dam was controversial as many people lost their homes and thousands of animals had to be rescued in something called Operation Noah organized by a man called Rupert Fothergill. Animals of all sorts were saved from drowning with many having to be rescued literally as the waters rose around them.

Now, the lake, which covers an area of 5,000 square kilometers is a wildlife paradise both in the water with crocodile and hippo as well as some of the world’s best fishing, especially the tiger fish, which fisherman have to really fight to catch, and on the shores where the Matusadona Wildlife Reserve has the highest number of lion per square kilometer of any reserve in the African continent. The most iconic image of Lake Kariba is of the fish eagles, who sit in the fossilized trees in the lake hunting for fish and whose haunting cry is a sound you will never forget.

Lake Kariba Cruise Visitors can stay in one of the game lodges along the shores or perhaps enjoy a few days in a houseboat just drifting along enjoying the spectacular scenery and watching the wildlife come down to the shores to drink.

Lake Kariba is a special place of incredible beauty that is a nature lover’s dream. The scenery at this African holiday spot also makes it a photographer’s paradise.

Lake Kariba is among the four largest man-made lakes in the world and the second largest in Africa. It lies along the border between Zambia and Zimbabwe. The dam wall was built across the Kariba Gorge to harness the river’s flow to provide hydroelectric power for the growing industries of Zimbabwe and Zambia.

Canoeing on The Zambezi – A Popular Travel Destination

Although both local people and wild animals were initially displaced when the dam was filled between 1958 and 1963, safe relocations were made, and the new ecosystem provides life in many forms. Villagers and their livestock have constant access to water. Covering an area of nearly 6,000 km2, the lake has also become a year-round source of water for an abundance of animal and bird life and a popular travel destination for both local and foreign tourists. The main town that lies at one end of the massive lake is Kariba Heights. It is carefully situated 600 metres above the lake up a steep hill.

About the Eastern Highlands These regions are all sparsely populated, highland country with a cooler and wetter climate than other parts of Africa. Eastern Zimbabwe is a land of mountains, national parks, and secluded getaways. The Eastern Highlands, stretching along the border between Zimbabwe and Mozambique, offer a refreshing strip of mountain country that leaves travelers wondering what happened to the Africa they’d imagined from their armchairs. The 47,000-hectare Nyanga National Park features Zimbabwe’s highest peak and Africa’s waterfall, while the breathtaking Chimanimani National Park is a hiker’s paradise. 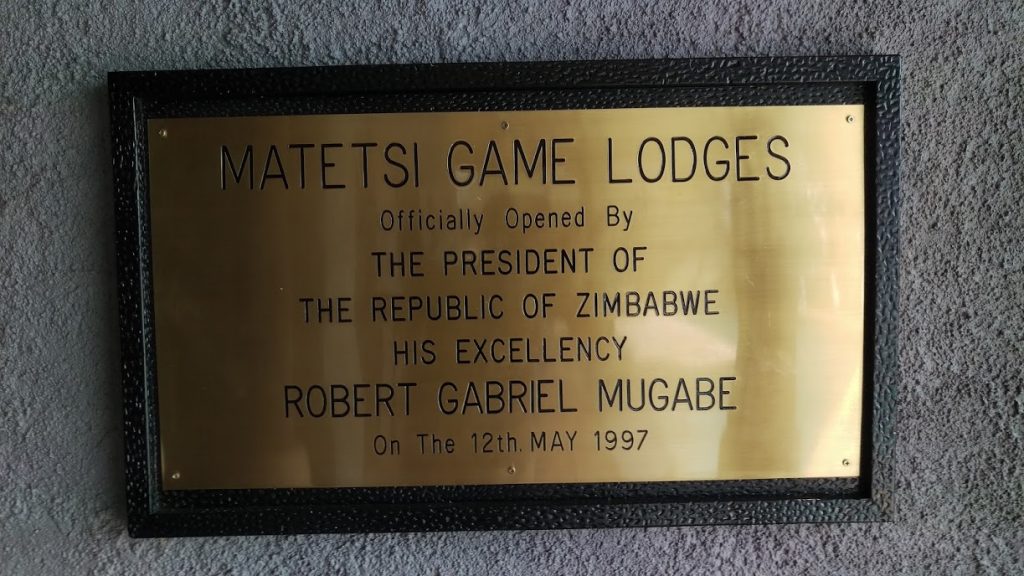 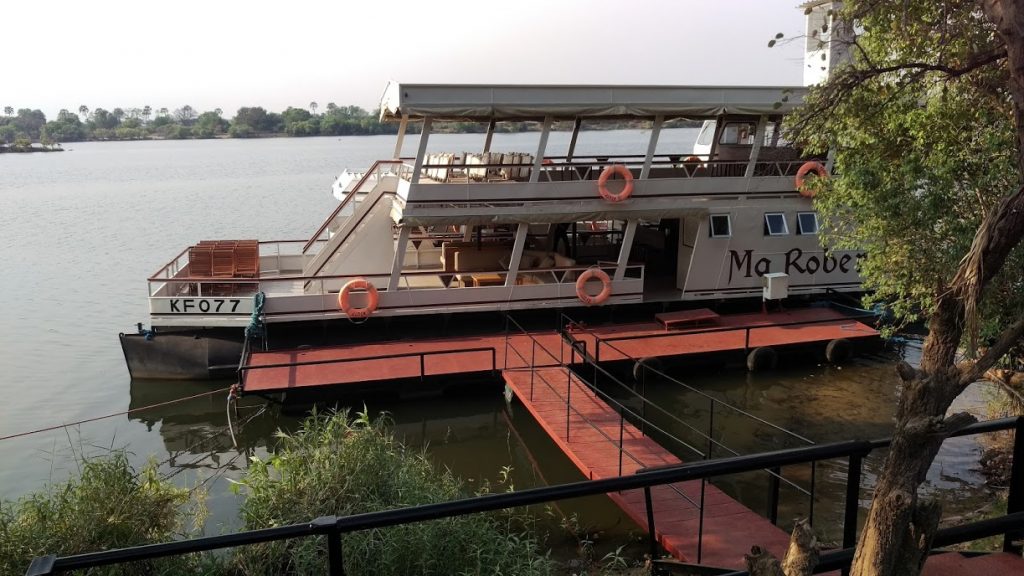 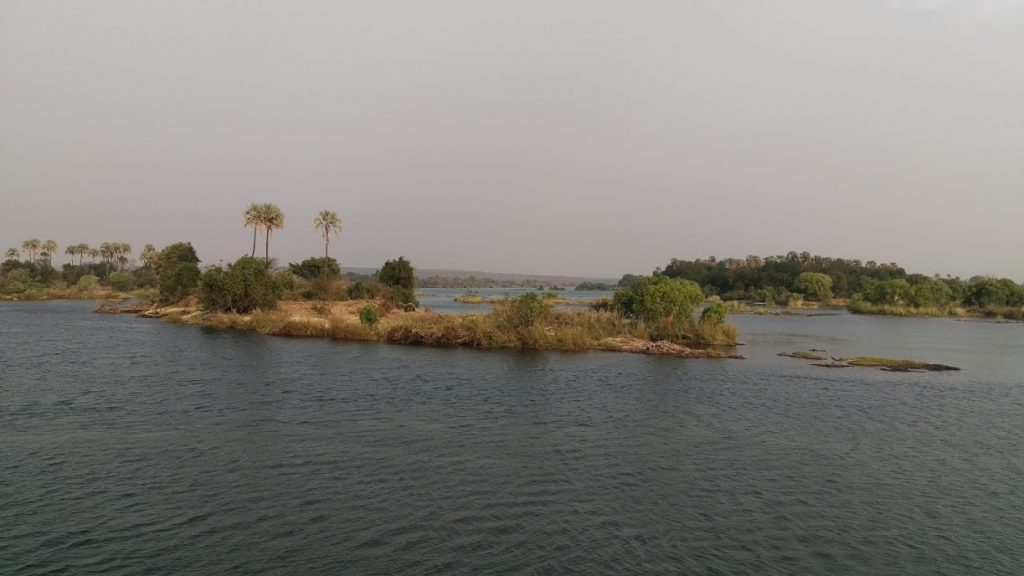 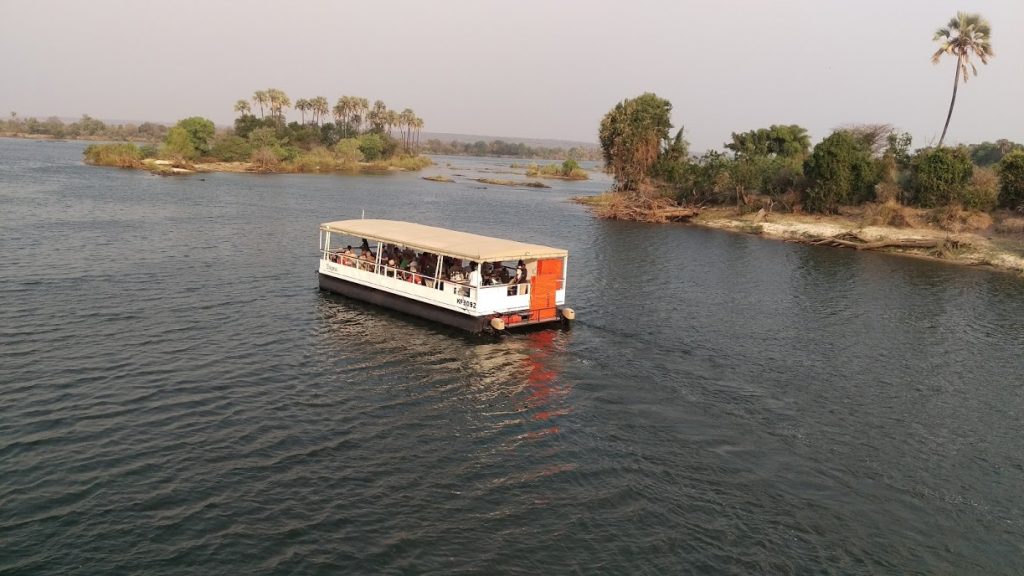 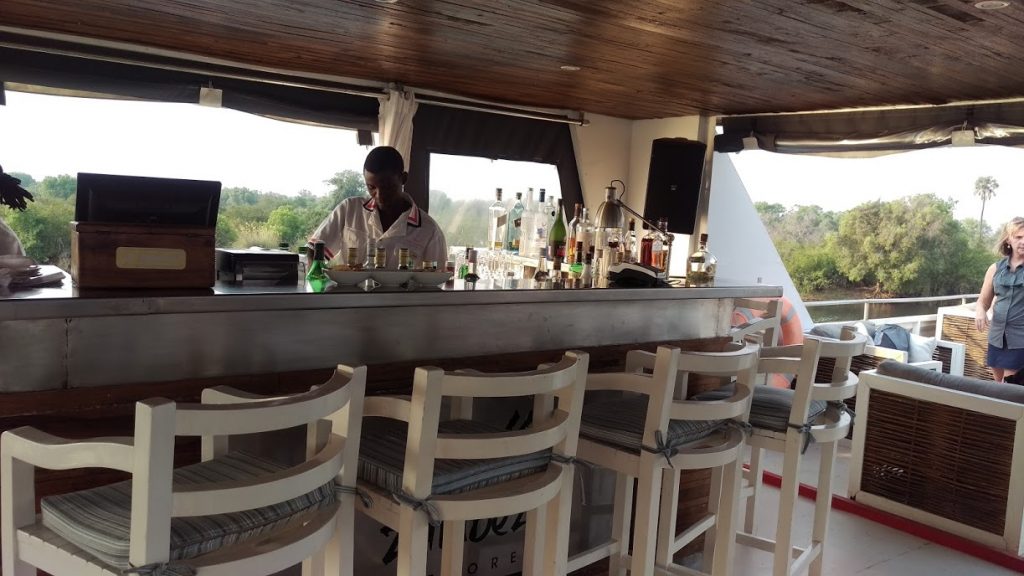 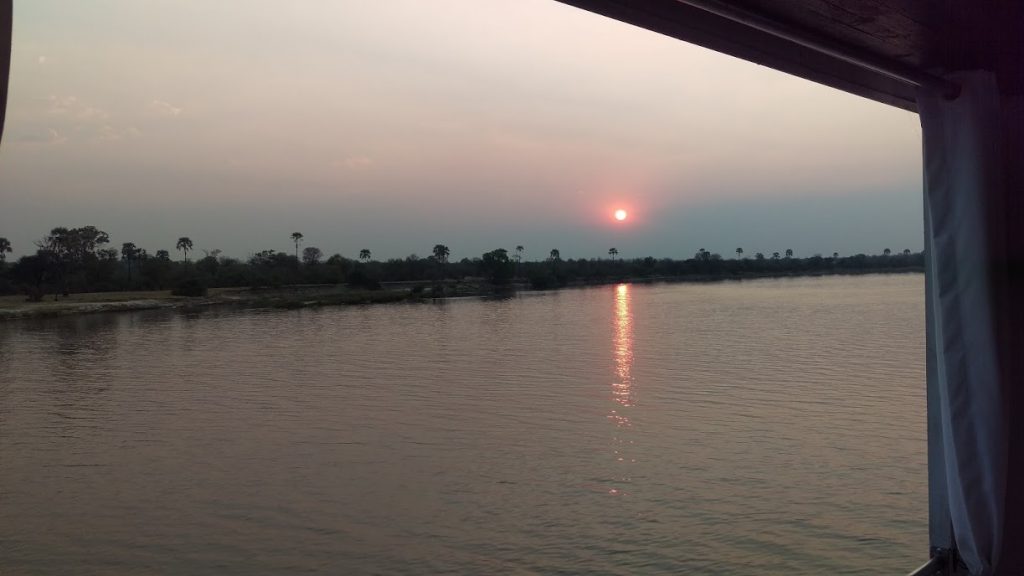 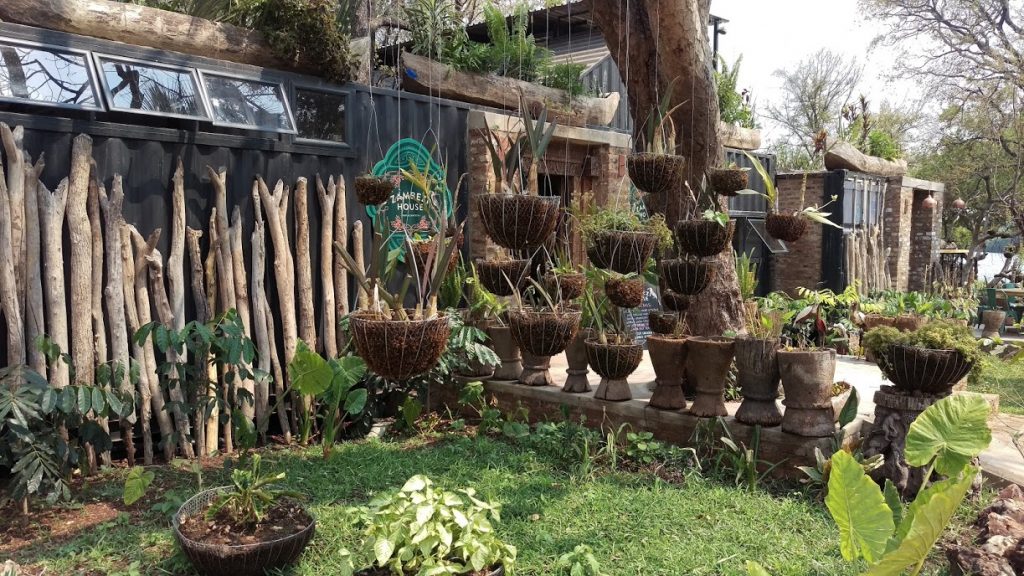 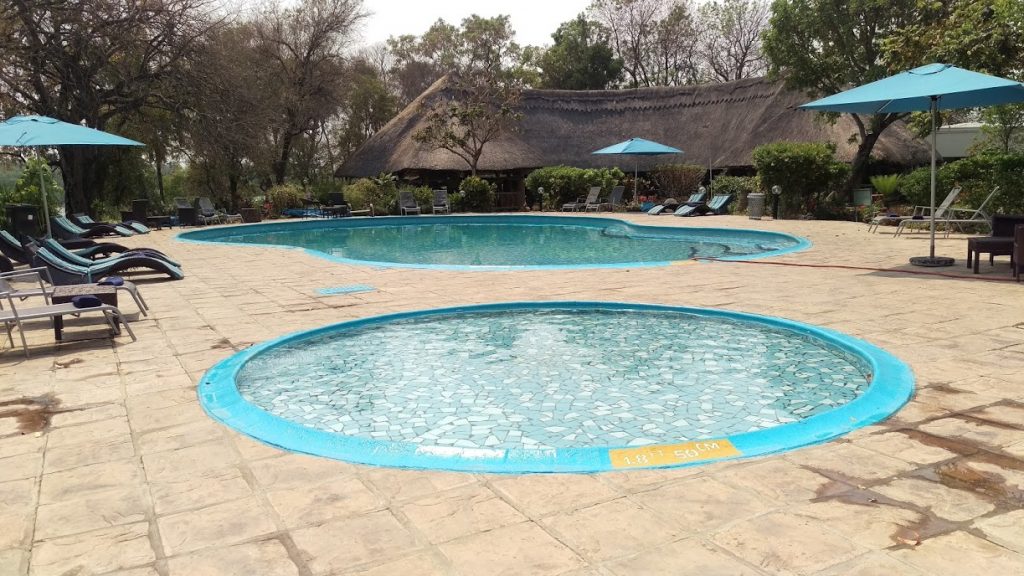 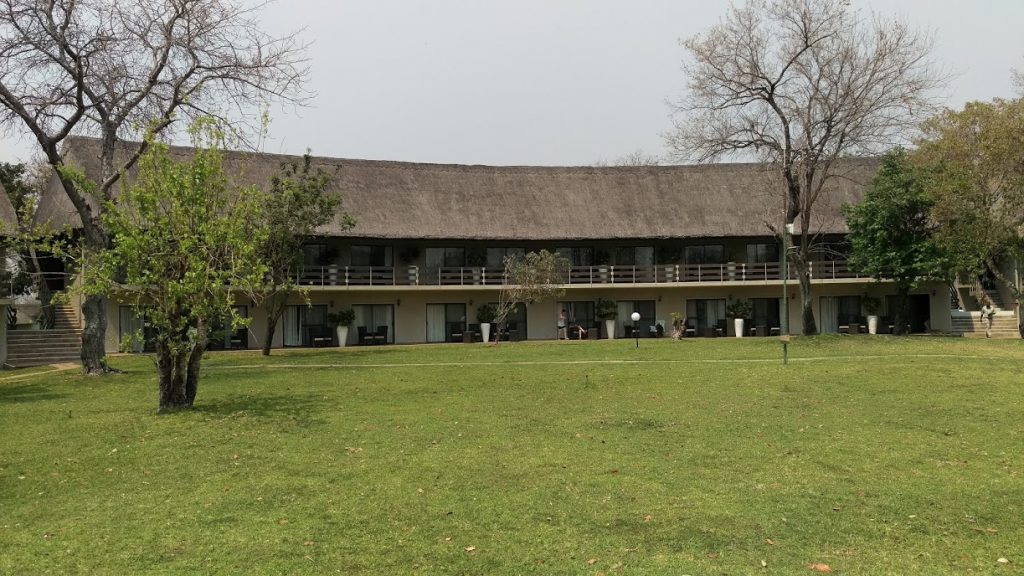 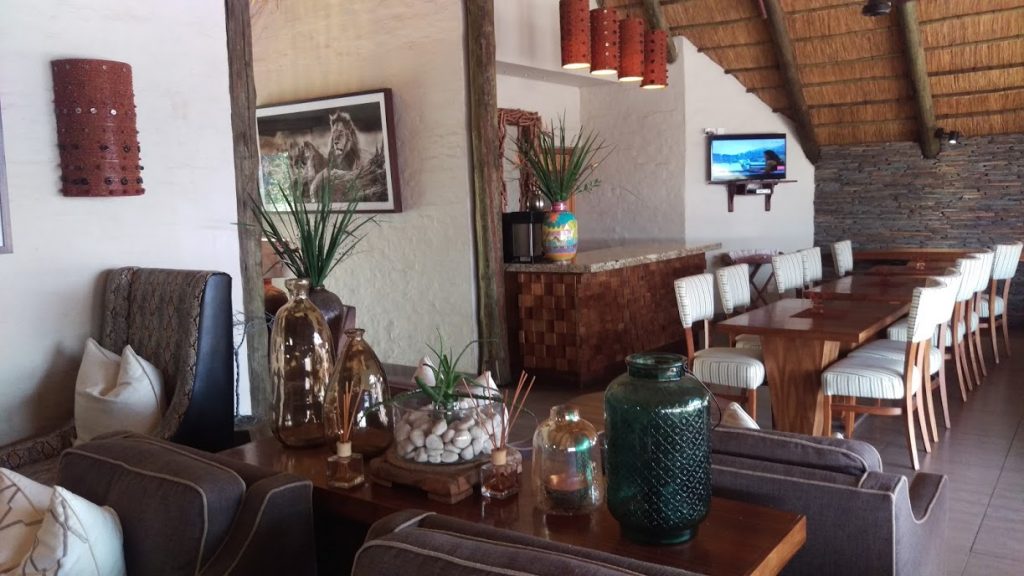 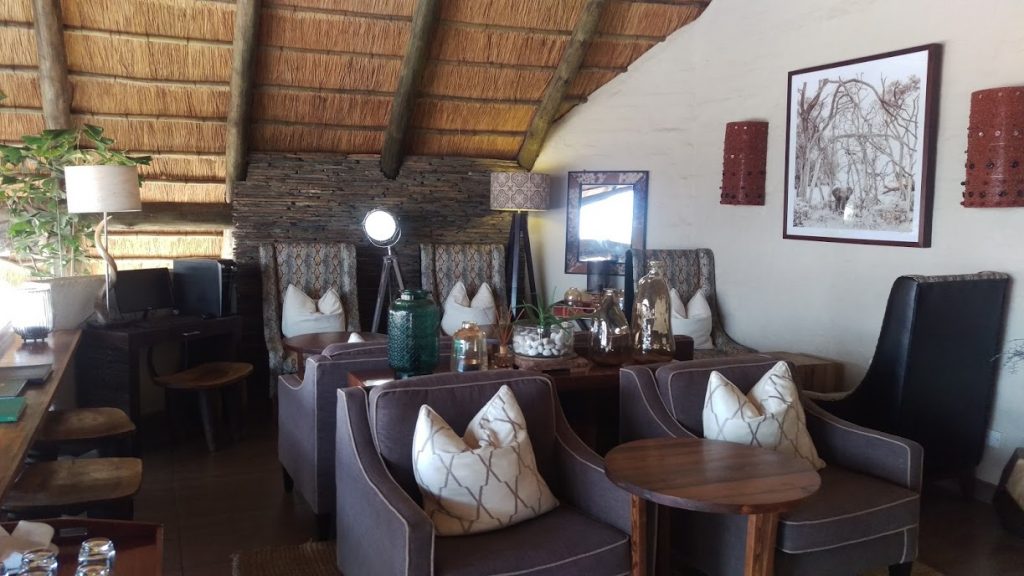 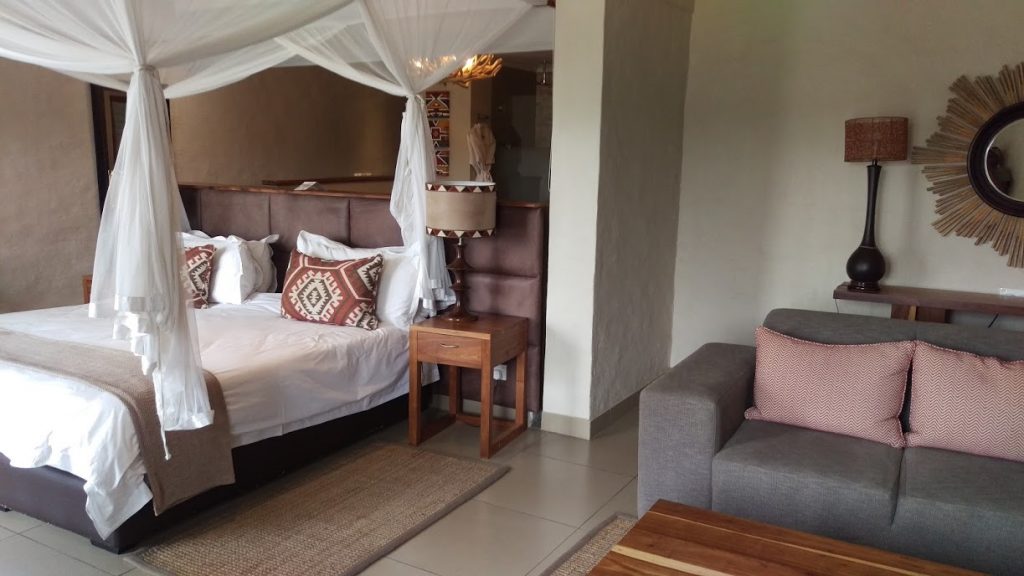 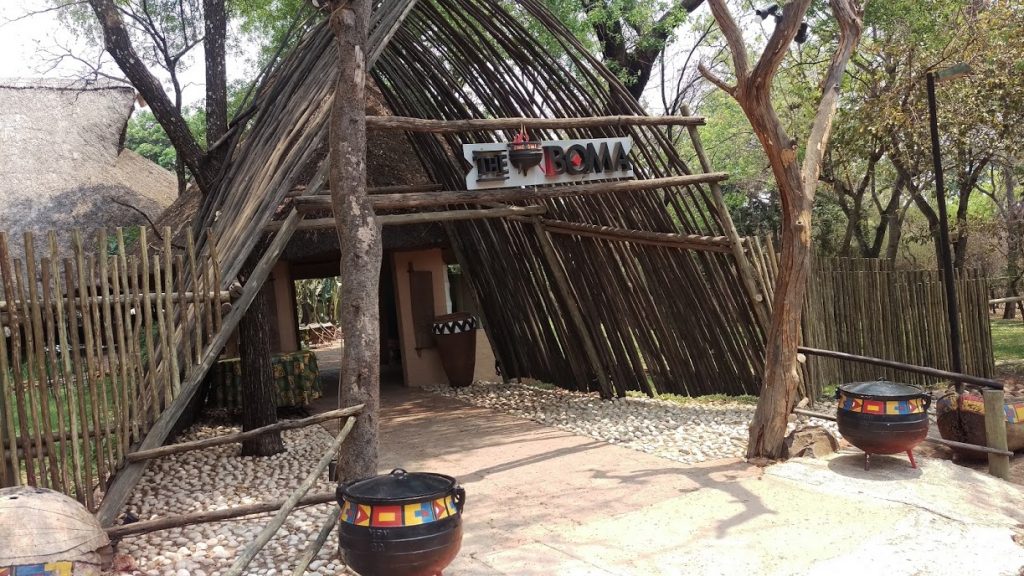 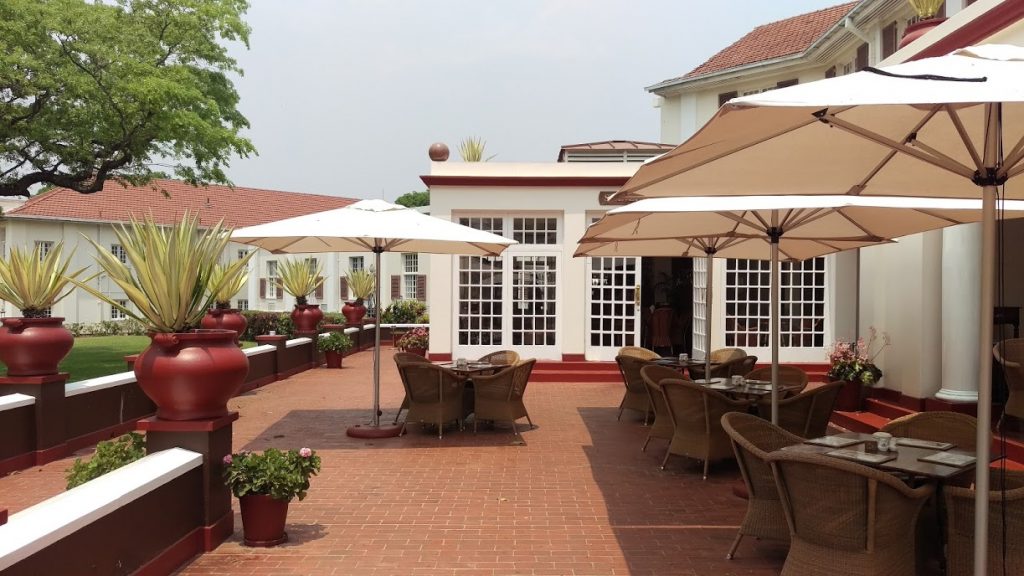 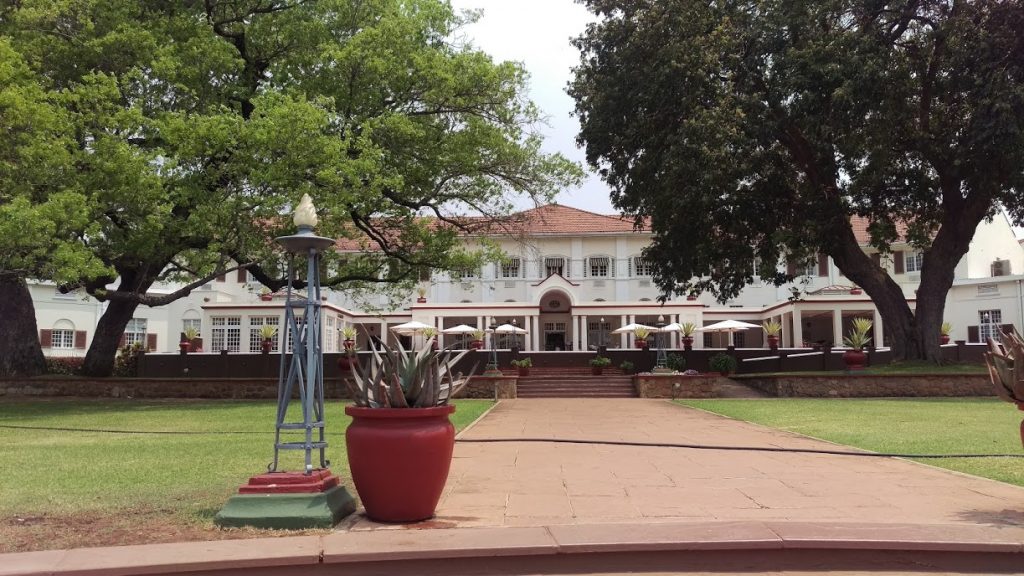 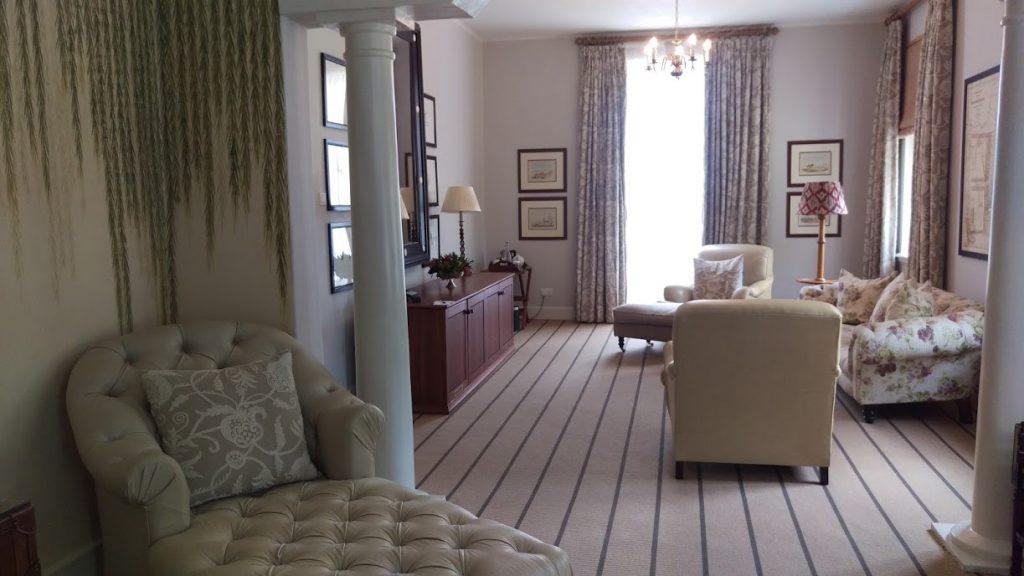 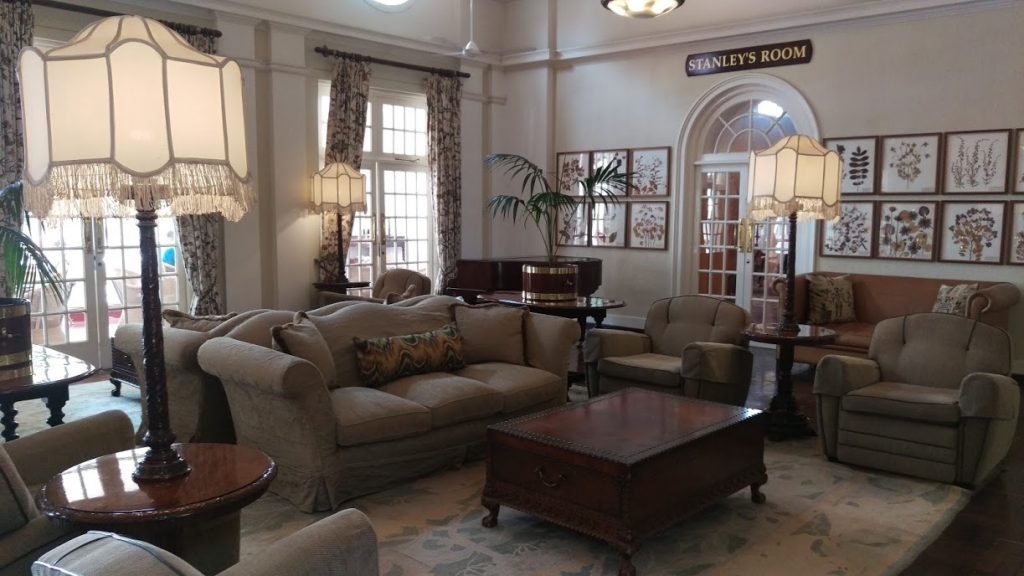 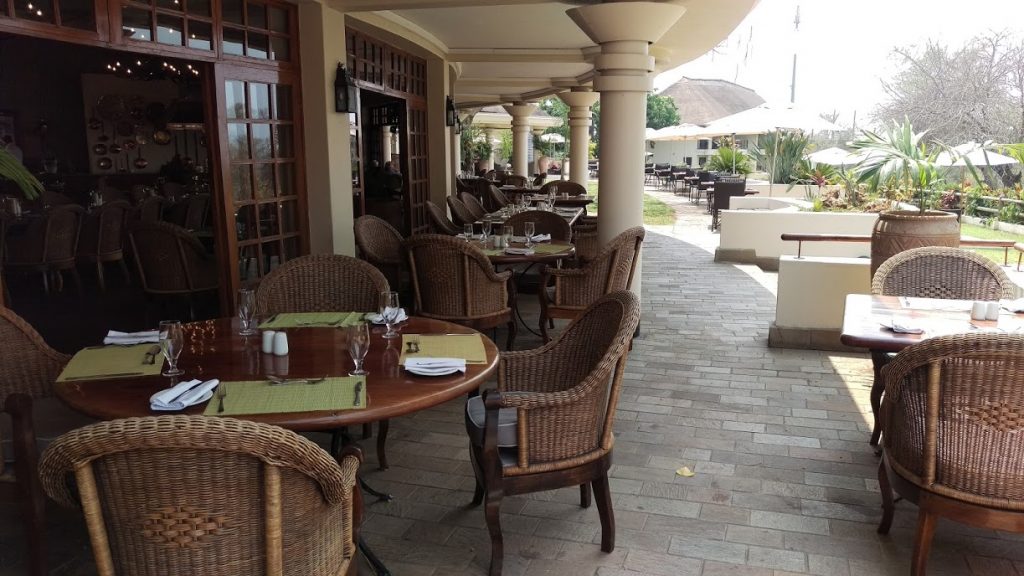 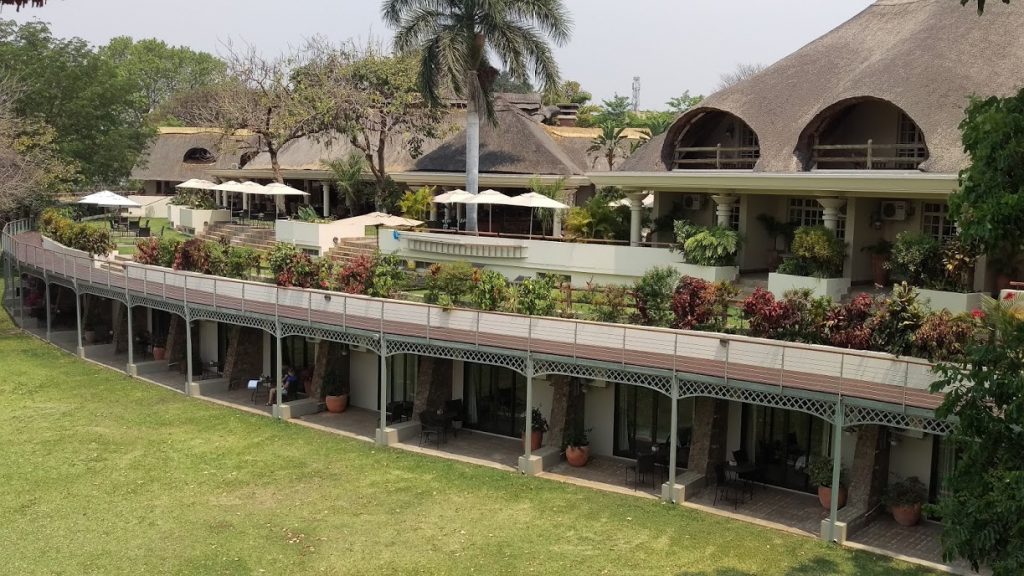 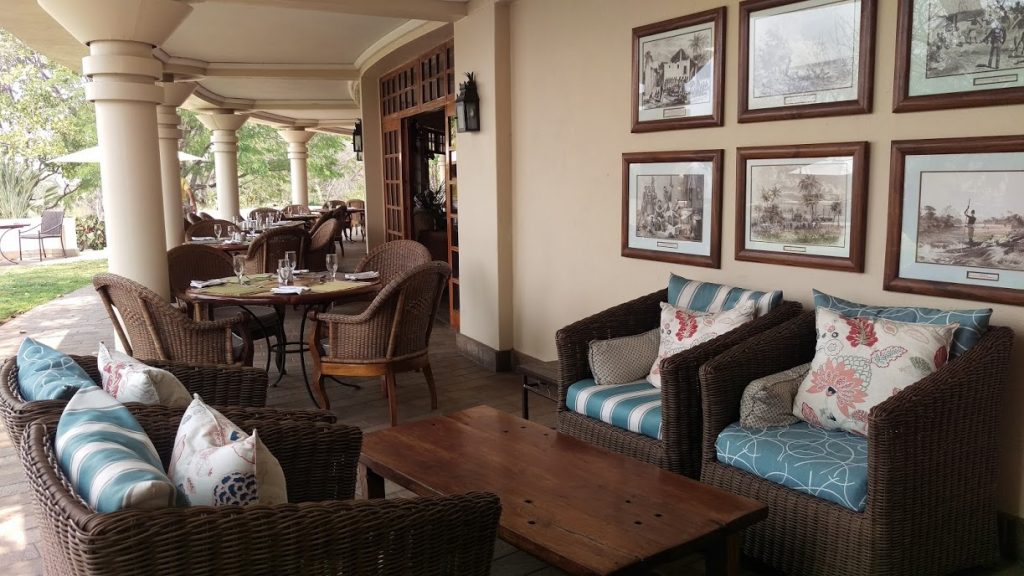 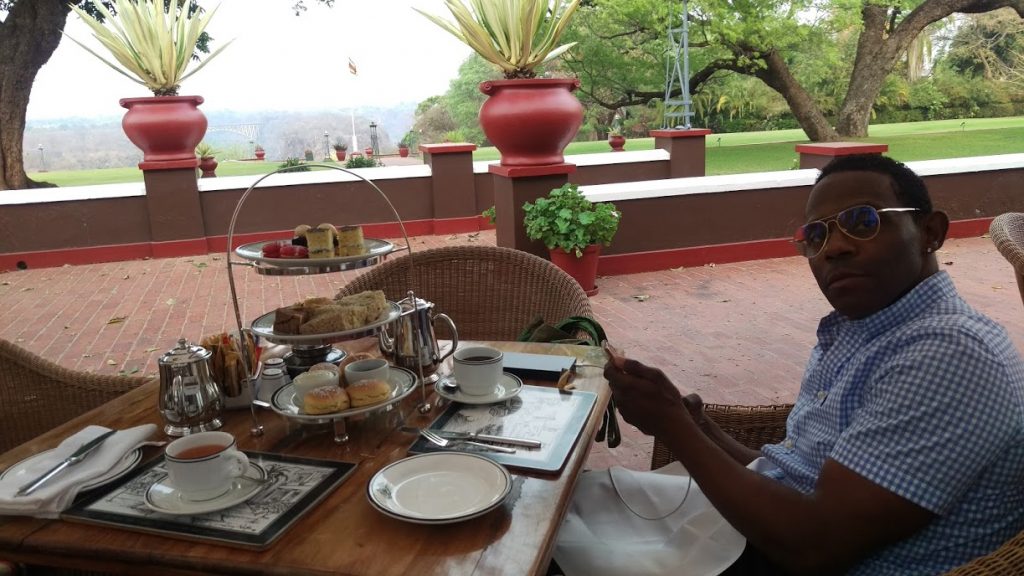 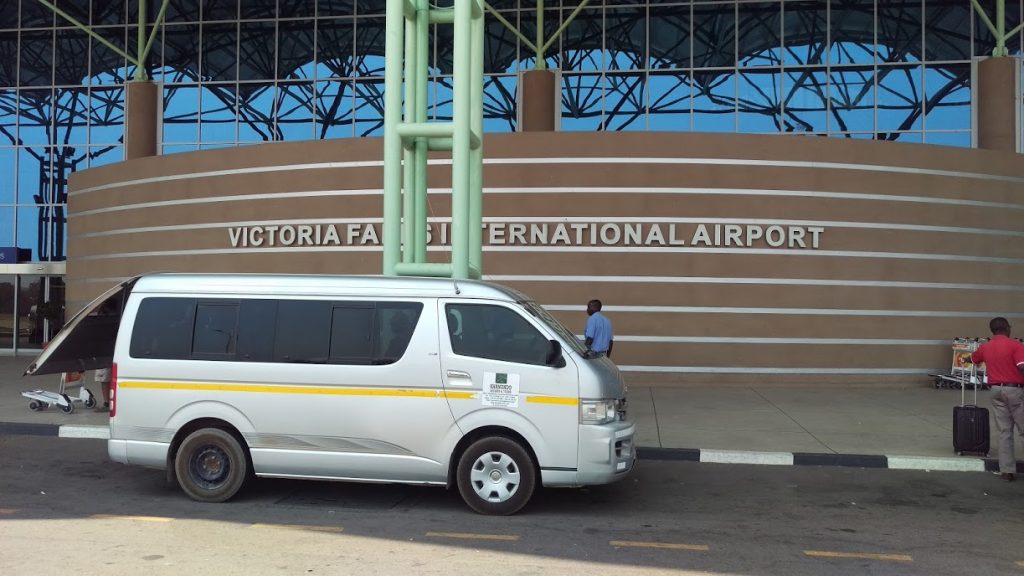 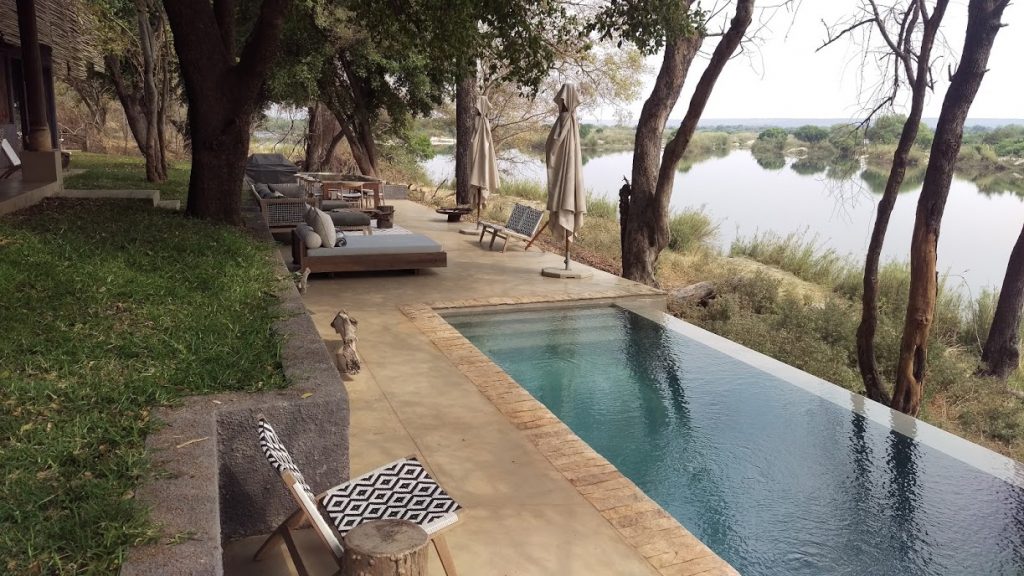 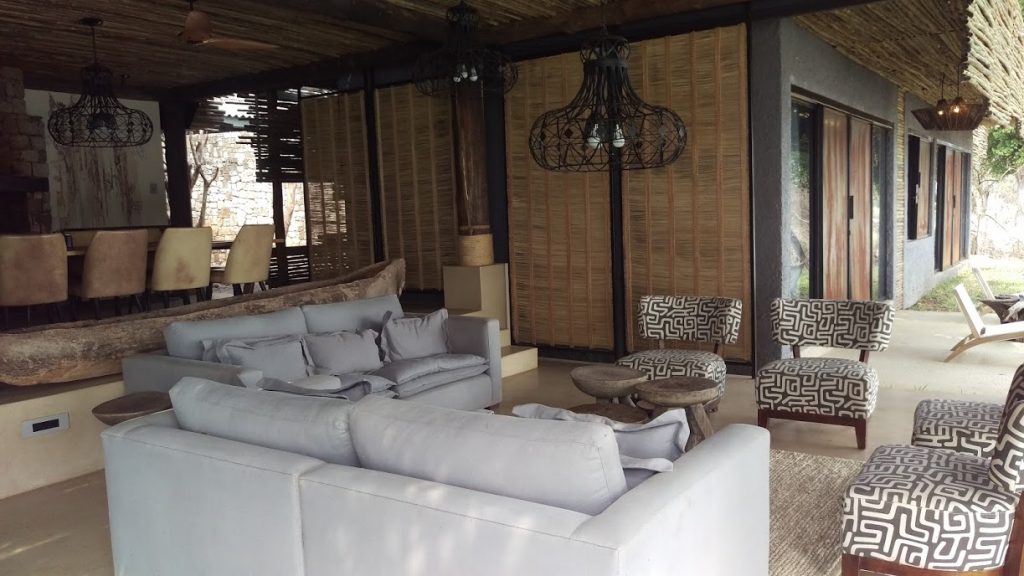 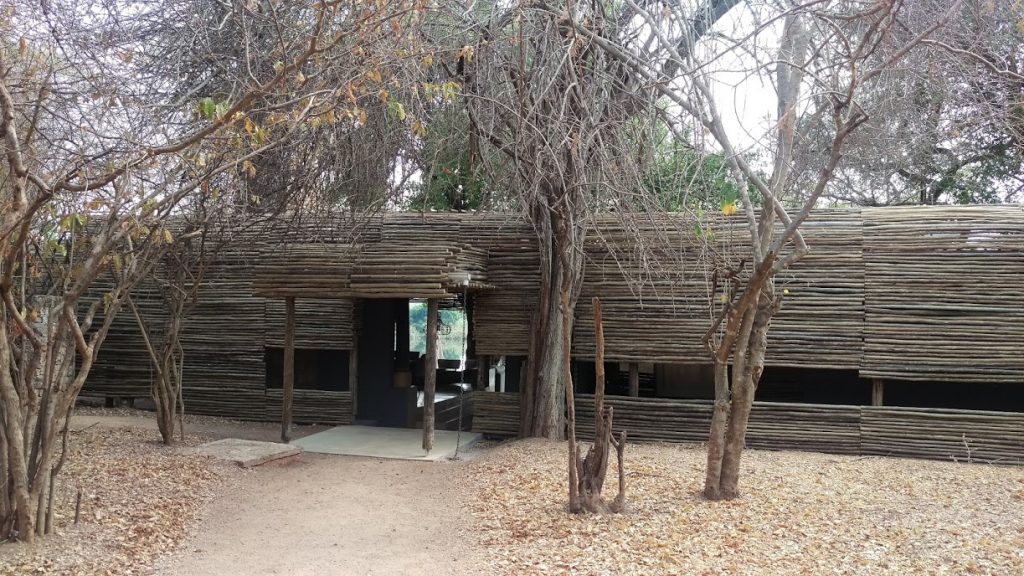